How we can help → Community Links Service → Personal Stories

Get our RSS feed 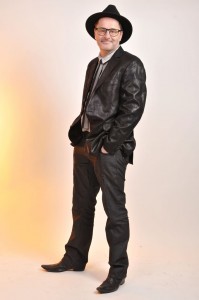 Headway helped me find the light switch in my head.

A stroke in 2008 left me with behavioural problems which threatened both the relationships in my life and my career.  Headway provided the post-stroke care and support which isn’t available from the NHS in Gloucestershire.  The charity told me one important fact:  I wasn’t mad, bad and dangerous to know.  I was a person with a brain injury struggling to re-wire my head.  What I was feeling wasn’t ‘wrong’ – it was part of a recovery.

With one-to-one support and guidance to other services and resources I slowly adapted and learned to control my thoughts again rather than letting them control me.  It was ok to feel tired, it was normal to feel irritable, it was understandable to struggle with tasks most people took for granted.

Gradually my head settled down and I could function again.

I was asked to use my experience as a BBC journalist to help teach communication skills to other people who came to Headway.  I am so proud of the radio programme we made – everyone of of us in that studio recovering from a brain injury, laughing and joking and telling our stories.

Then the Head Start course became part of my recovery, giving me back my confidence and also opening up a career I had never considered before; teaching.

Now five years after my stroke I am a university lecturer.  I still volunteer with Headway and I’ve learned that slurred speech, mobility problems or behavioural issues are no measure of intelligence or the will to improve.

May 2011 I had a frontal lobe head injury which resulted in damage to the brain. Unfortunately a small wedge at the front of my brain had a bleed which has left me with lasting affects. I have since suffered from epilepsy and short-term memory problems. If I become overtired I can struggle with word recognition and my body has a tiredness which I cam only explain as a long weekend on a hockey or rugby tour.

I was lucky to hear about Headway from a work colleague who had previously been after encephalitis (swelling of the brain) and she had told me how beneficial it was to her. As I started to struggle more I decided to contact the centre and seek support.

I didn’t know what to expect when I got there. There is such a mixture of people with different severities of brain injury. It put everything I had struggled with into perspective and I learnt there were people with an injury like mine to people with severe head injuries.

Headway worked with me to learn a variety of memory techniques and importantly fatigue management which has now governed everything I do. I am now back in full time work as a nurse, playing hockey, dirt mountain-biking and doing a bit of geeky geo-caching. I can say that even though a head injury is no one’s chosen path in life I’ve realised how amazing and supportive my family have been; how great organisations like Headway are and how lucky I am to have such amazing friends.